2017 was another travel year for the books! It didn’t top my years for time spent on the road, nor in number of nights away, miles flown, countries visited, or any of the major travel metrics I’ve tracked over the past several years (see 2014, 2015, and 2016 posts to compare). BUT, it was the year of continued long distance relationship status, resulting in a number of work trips to Europe paired with time to see my (now)  fiancé and his family. Thankfully for our relationship (but not for my travel stats), he moved to San Francisco at the end of April so my desire to travel for long periods of time decreased significantly.

Total miles flown: 105,471 miles via 63 flights on 11 different airlines visiting 17 different countries (outside of the airport). I also took 3 long distance train rides between countries in Europe to avoid flying. Only 1 of those 17 countries was net new for me (less than usual, I’ll have to work on that in 2018), increasing my total number of countries visited to 55. Of that, I’d estimate that 75% was for business, 25% for pleasure, not as good as last year, but considering I was balancing a long distance relationship for part of the year it’s not terrible. Total flight time (not including delays, of which there were many): about 250 hours… Nearly 10.5 full days of my year was spent on a plane.

One thing that was new for me in 2017 was a lot of day trips. I flew to Santa Ana (Irvine, CA) from SFO 8 times in early 2017, most of those day trips, to work with my team down there. That had me going every week or every other week for a few months which felt like a lot even though it was often just a day trip (they were LONG days of early mornings and late nights).

2017 was once again solidly a 1K status year on United. With business class accelerators I earned over 150,000 Premier Qualifying Miles for the first time in 2017, which resulted in additional regional and global upgrade awards.

Nights sleeping on a plane: 12

Nights crashing with friends while traveling: 7

In total, that’s approx 90 days away for the year (not including weekend trips around Northern California from my home base of San Francisco), or about 25% of the year on the road. If you add weekend trips to visit my parents and Tahoe, I was away from my SF home for at least 33% of 2017. Given that last year I was away for about 50% of the year this is a nice improvement to my time spent enjoying my beautiful home city which I don’t get nearly enough time to enjoy between work and travel. 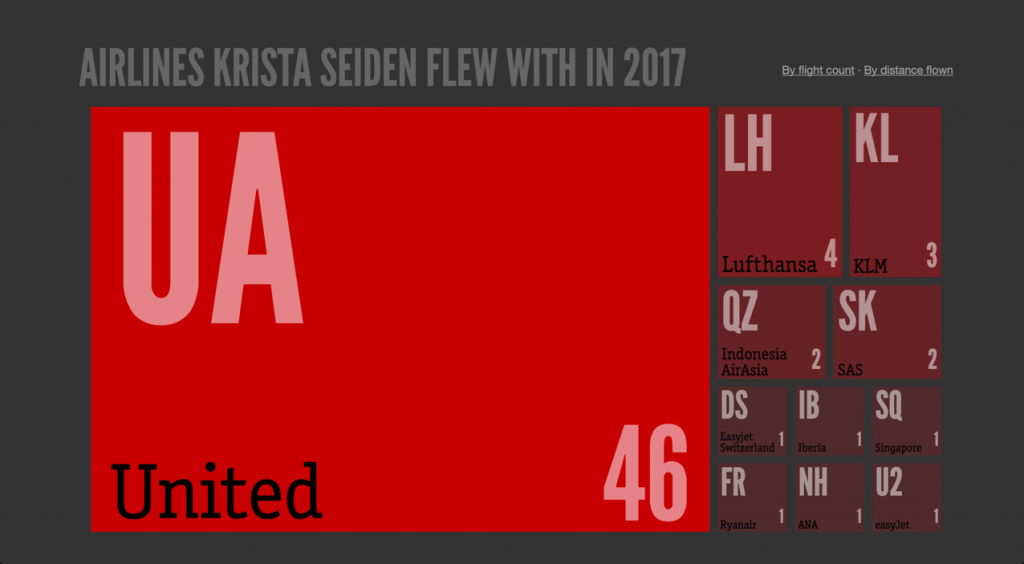 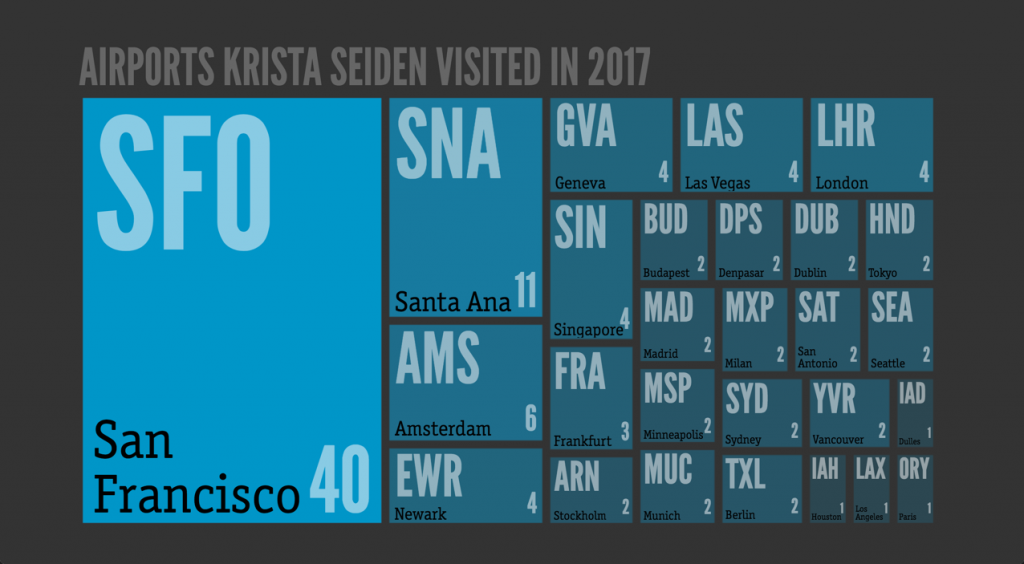 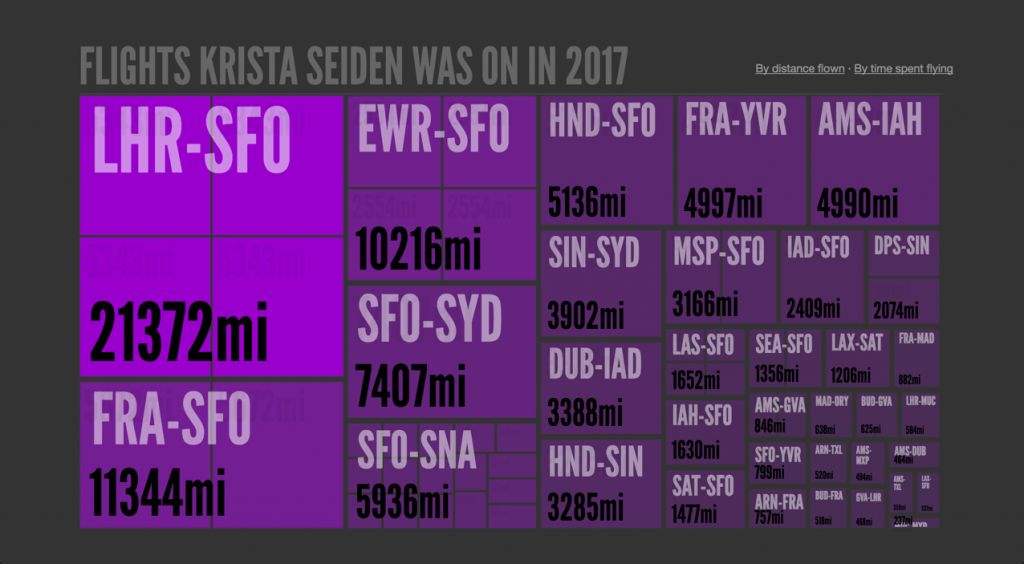 Once again this year I used http://cem.re/year-in-review/ and TripIt Pro to help me aggregate and report on these travel numbers.

Next ArticleAn Overview of Google Analytics for Firebase