In March of this year, Google announced that Google Analytics Universal Analytics (aka GA3) will be deprecated in 2023.

For clients using the free version of Universal Analytics, the tool will stop collecting data on July 1, 2023.

Recently, Google announced that for 360 customers (paying customers) of Universal Analytics, they would be extending that deadline by 9 months to July 1, 2024.

This is great news for 360 customers who:

IMPORTANT: This announcement DOES NOT change the deprecation date for customers using the FREE version of Universal Analytics! If you are not on a UA 360 contract, your UA accounts will still stop collecting data on July 1, 2023.

This means that for a majority of customers, the deprecation date remains unchanged, so don’t get distracted, it’s more important than ever to push forward with your GA4 migration efforts!

In this same blog post, Google also gave us a bit of insight into a few key features that will be launching soon.

Custom Channel Groupings: Perhaps one of the most requested features to bring from UA to GA4, Google has said that these will be launching in GA4 soon! This means that you’ll be able to customize your channels based on the UTMs you collect in your own custom way that may differ from GA4’s Default Channel Grouping. Woohoo!

Campaign Manager 360 integration: GA4 already has integrations for Google Ads, BigQuery, Search Console, Search Ads 360, and Display & Video 360 available for all customers (many of which were previously limited to only UA 360 customers). In the blog post, they mentioned that the integration for CM360 will also be coming soon. A big win for those who use this tool.

Behavioral Modeling in Realtime Reporting: GA4 already offers Behavioral Modeling to help fill in the gaps of missing cookie data due to blockers or privacy preferences. This uses Google’s machine learning capabilities to model out the anticipated total picture. Currently this is only available in processed reports, but Google Analytics 4 will soon be launching this in Realtime Reporting as well so you can get a more full picture of what is happening in the moment.

Setup Assistant: This tool has been around for a while to help you quickly setup a GA4 property based on your UA settings, but it’s recently gotten some upgrades, such as the ability to recreate some of your UA Goals in GA4, copy desired Ad links and audiences, and import users from UA to the GA4 property. Starting in early 2023, this tool will also have the ability to automatically create a GA4 property for UA properties that are hard coded with Gtag.js (note this won’t work for properties that use GTM), so if you haven’t created one by then, Google will do it for you.

5 Quick Tips to help you better use GA4

Hi! Do you want to learn Google Analytics 4 directly from one of the people who built it? KS Digital Academy offers in-depth courses to help you master Google Analytics 4, taught by former Googler, Krista Seiden! 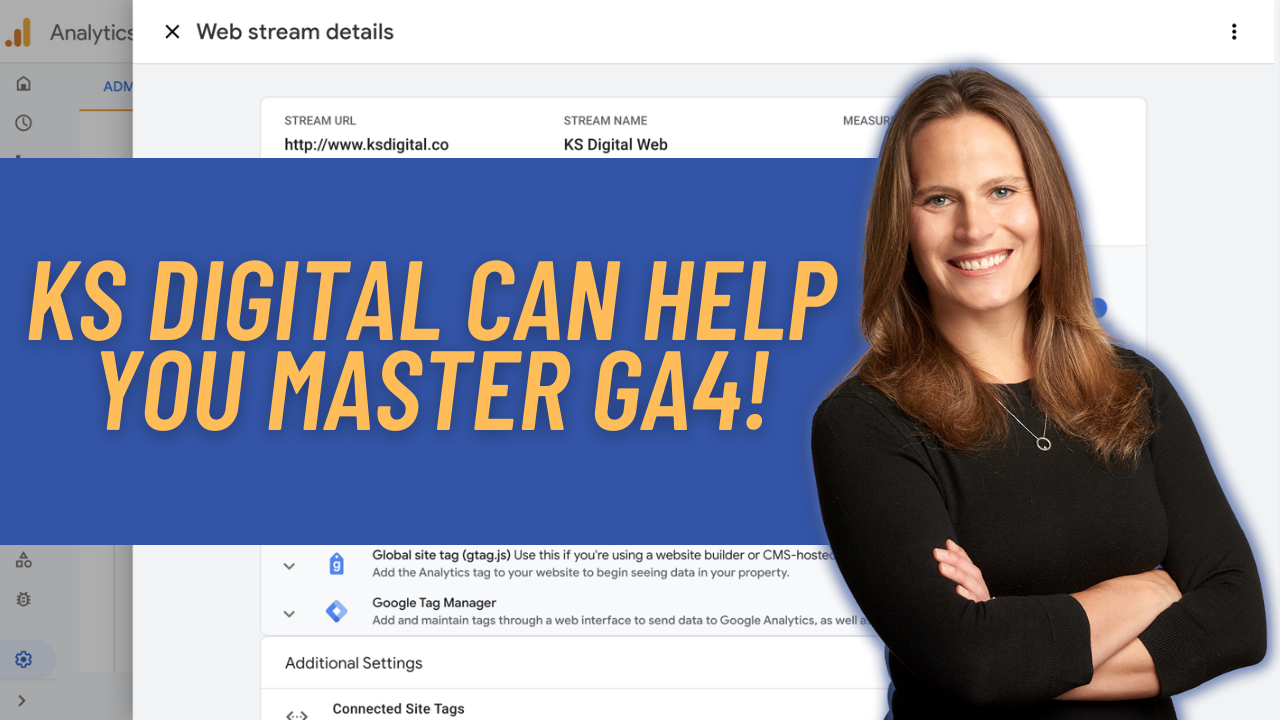