Another coworker sitting next to me overheard the convo and piped in, saying that everyone wants to claim that mangoes from their country are the best. Apparently, this was an ongoing and playfully heated convo in the office.

I’ve been known to host data-driven social tasting events in Mountain View for the Google Analytics team, such as a Scotch tasting, Craft Beer and Guac-off, and Whiskey and baked goods. These events are always fun, get people talking and interacting, and because we’re the GA team, have a data element to them. Since I’m currently located in Singapore, I thought it would be fun to bring a small social event to the office here, so when I got wind of this great mango debate, I knew it was the perfect opportunity!

And thus, the Dried Mango A/B Test was scheduled! I picked up some dried mangoes from Indonesia while there the other week, and along with the mangoes from the Philippines and a generous supply of Thai mangoes available in our Micro-kitchen, we had enough to host a small A/B test tasting.

The setup:
– small bowls of each dried mango type, labeled for each country
– small bottles of water as palette cleansers
– a voting sheet and marker 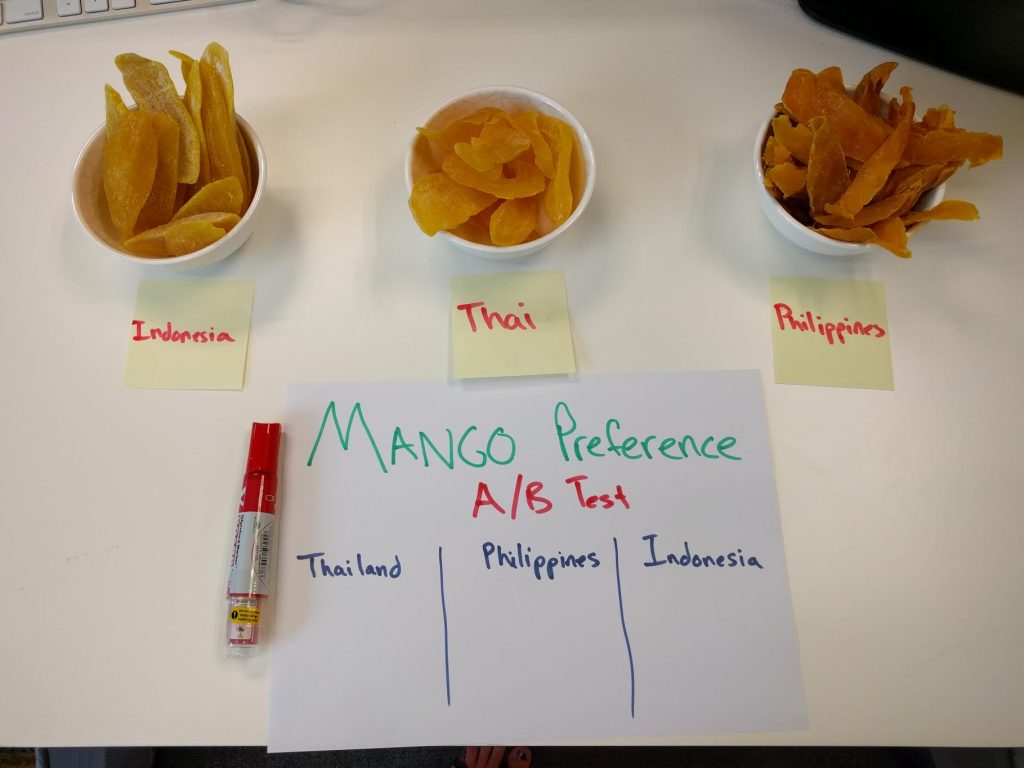 We got a lot of feedback that this should have been a blind test, for example, labeling the mangoes 1, 2, 3, instead of labeling them by country. True. We should have set it up that way. Some on me for not thinking to control for that variable, as many potential testers may be biased by just knowing the country each mango is from.

Other variables we couldn’t control for:
– All mangoes are not created equal: one bag of dried mangoes is not necessarily representative of a whole countries supply
– Brands: we only tested one brand from each country
– Freshness: we had no idea how fresh or not each batch of dried mangoes was

For more info on controlling for variables and good test design, check out my post on Teaching Good Test Design.

The Results:
In total, 27 people participated in our A/B test. The numbers are not large, so we cannot draw true statistical significance, but we can infer a winner for fun. 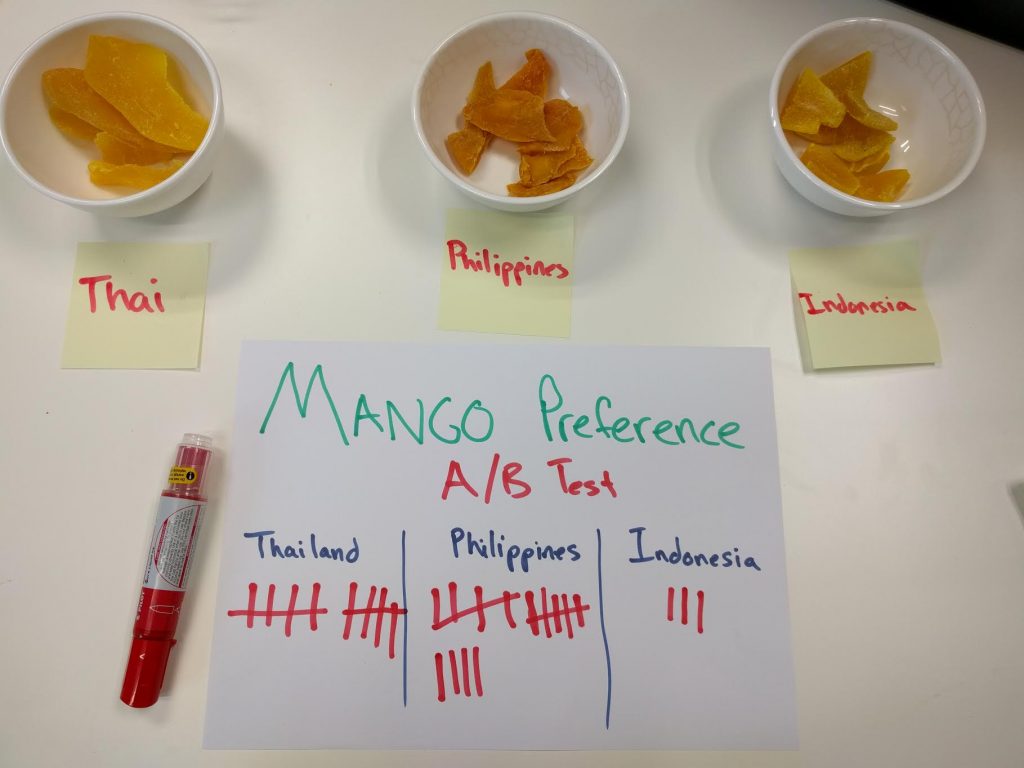 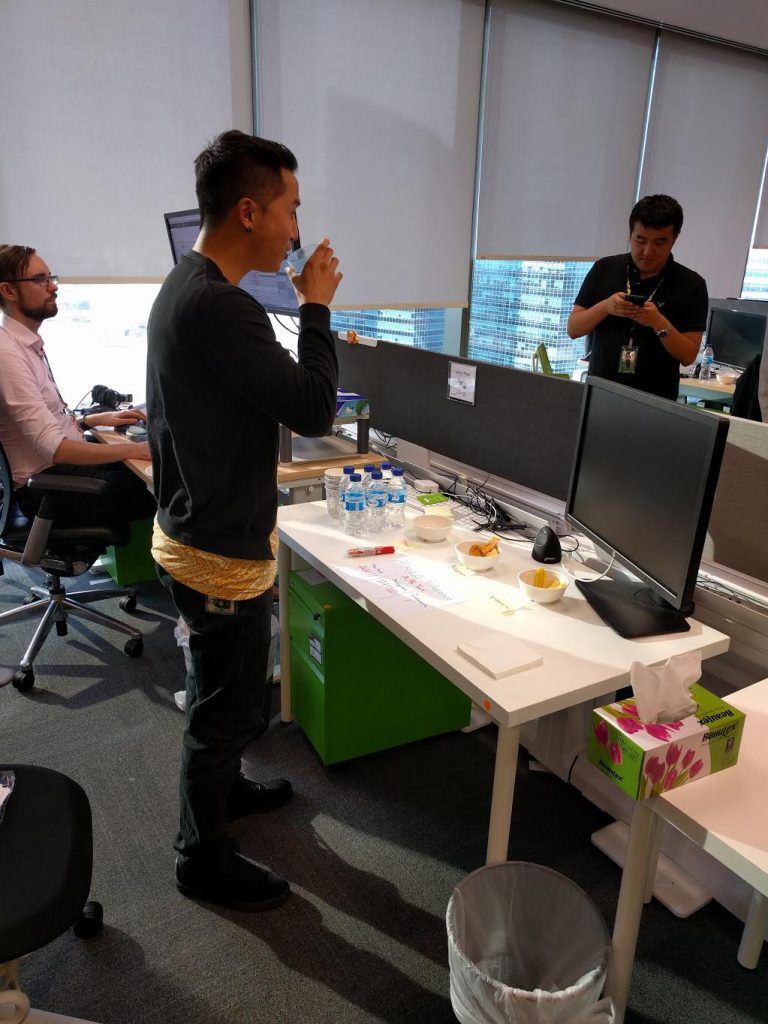 So, was this a good test? Scientifically, only kind of. But fun-wise, definitely! The email chain circulating about the tasting provided some good entertainment, and we even offered up a prize to the most enthusiastic taster. Yoshi, from the SMB Adwords support team won due to his love of mangoes, his detailed analysis and description, and the fact that he brought his own palette cleanser to the tasting because he was quite serious about doing it right.

It also sparked several conversations with colleagues who were curious as to why we were doing this about A/B testing, creating enthusiasm for testing, and good test design (as I pointed out the potential flaws in our fun little test). It was a great way to spread interest in testing around the office to teams who don’t always have it top of mind 🙂

Catherine and me presenting Yoshi with his prize. When asked how he felt, he said “Mangotastic!” 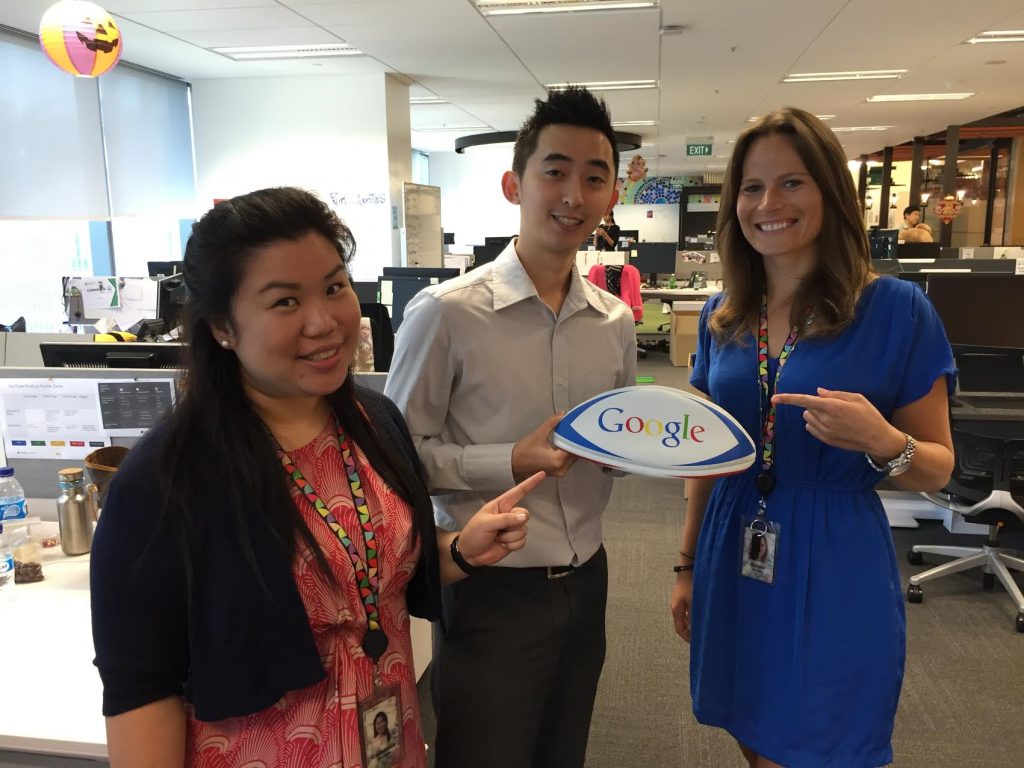