After 2 weeks in Japan, I flew from Osaka to Shanghai for a whirlwind 2 weeks in China. That time would be spent as follows: 3 days in Shanghai, 4 in Beijing, 1 in Shanghai, and then 2 in Hong Kong. My team had me on a busy schedule! This will be a short post as I won’t go into too many boring details about work (check the other pages of this blog for work related content 😉 ).

I arrived in Shanghai Monday morning and headed straight to the office to meet up with my local team, do a few prep meetings for the next 2 weeks, and meet with a client. It was a busy but productive first day. The best part, however, was the end of the day when for the first time in nearly a year (363 days to be exact) I met up with Jepi, a good friend, for dinner in Shanghai. He was the first familiar face I’d seen in several weeks, and it was a really welcome relief to catch up with someone over dinner in perfect English whom I’d known for more than a few days or weeks. It’s amazing how impactful that can feel after being on the road for so long.

After dinner, we walked down to the Bund for the mandatory Shanghai tourist pic of Pudong. Jepi is a Spanish expat who lives in Shanghai so it’s nothing new to him, but I dragged him along anyways. We’d tried to take a pic here a few years back when I’d visited on a stopover from Singapore to Tokyo but the weather had been crap, so this time we finally got our picture 😃 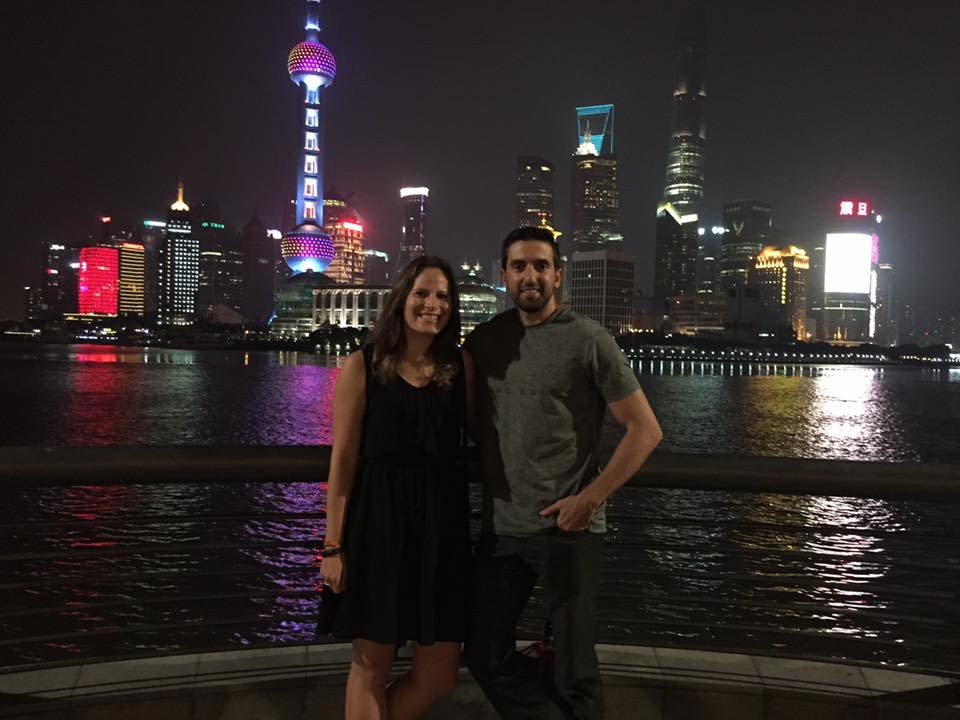 Jepi and me on The Bund in Shanghai

The next two days were full of meetings and a conference for ~100 people in our Shanghai office. After finishing up in Shanghai on Wednesday night with a delicious dumpling dinner, on Thursday my coworker and I flew to Beijing (and surprise! went straight to the office). That evening we gathered the local team and went out to what I was told was a ‘truly Beijing dinner’ – which basically meant we ate a ton of really spicy food, including their local specialty of crawfish. They kept the menu order tame for me, thankfully, since I’d protested against the rabbit head and duck tongue! 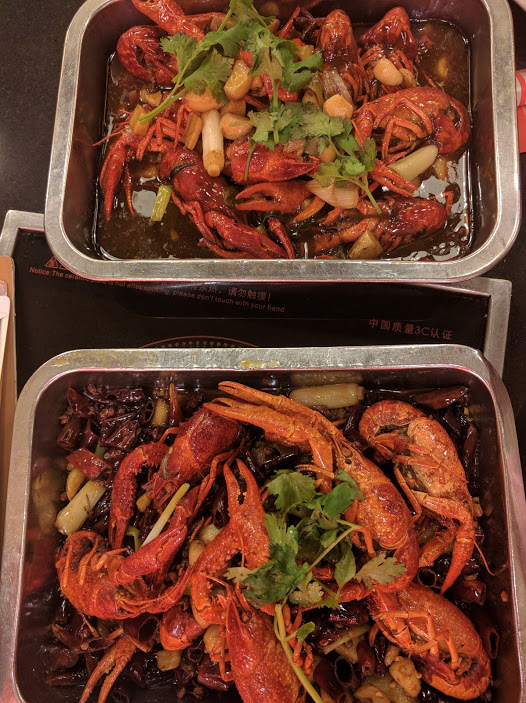 After a few meetings on Friday, it was finally time for the weekend in Beijing. First order of business: meet up with a cool guy named Jeff that I’d meet in Thailand at the very beginning of this trip. Jeff is a Canadian expect who lives in Beijing and teaches at an international school. I ended up meeting up with him and some of his coworkers for drinks on Friday night, and it was great to hang out with a cool crowd.

I didn’t stay out late on Friday because bright and early Saturday morning I was going to check off World Wonder #6 from my list: The Great Wall of China! I’d been looking forward to this the whole trip! Turns out, there are a lot of options for seeing the Great Wall, so after talking with some friends and doing a bunch of research, I settled on a tour that was a small group (just 3 of us and the guide) to go to a lesser visited section called Jiankou. This section was old and unrestored (and somewhat dangerous). Our little group hiked along the top of the great wall from there all the way to Mutianyu, a restored section of the wall that is a little more touristy (but still, not as bad as Badaling). The entire hike was absolutely stunning, the weather was perfect, and the crowds not terrible. My dreams of seeing the Great Wall achieved! 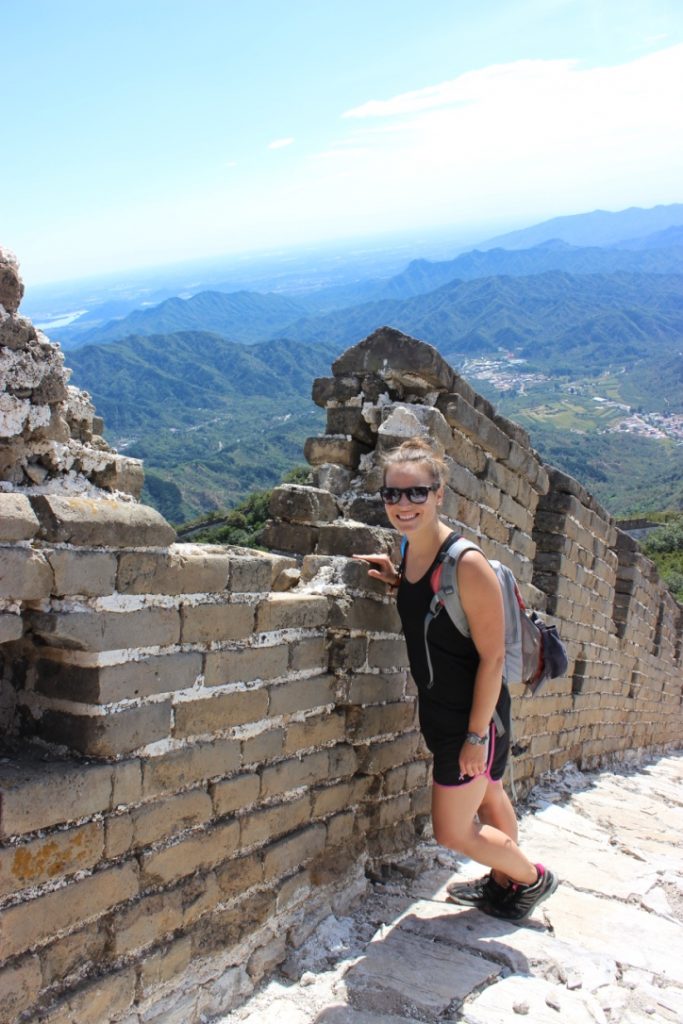 Hiking a steep, unrestored section of the Great Wall 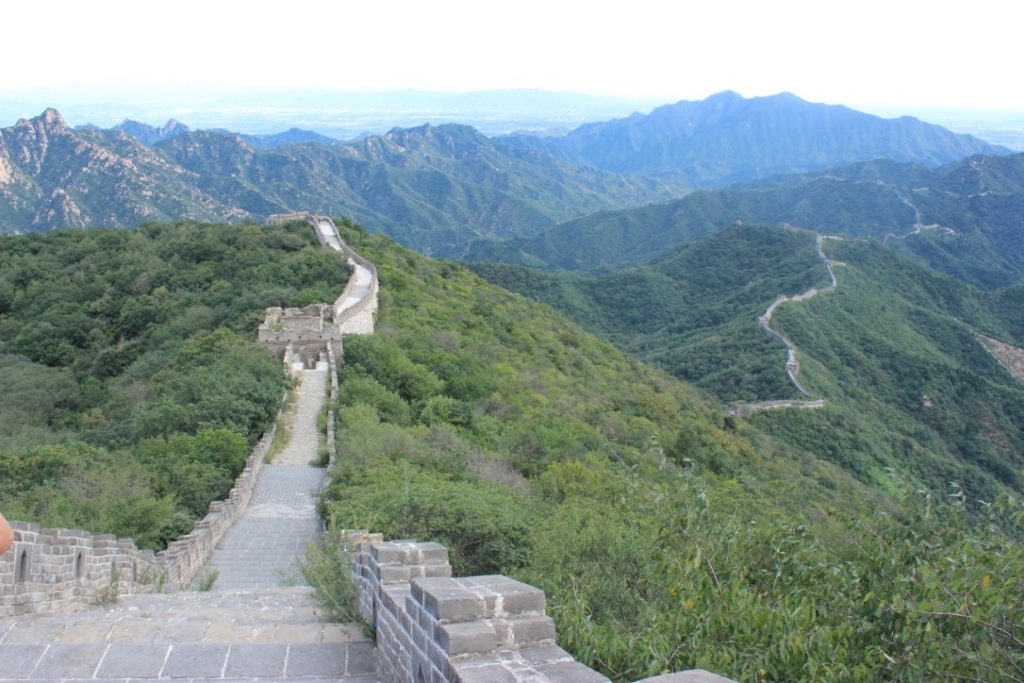 Beginning of the restored section near Mutianyu 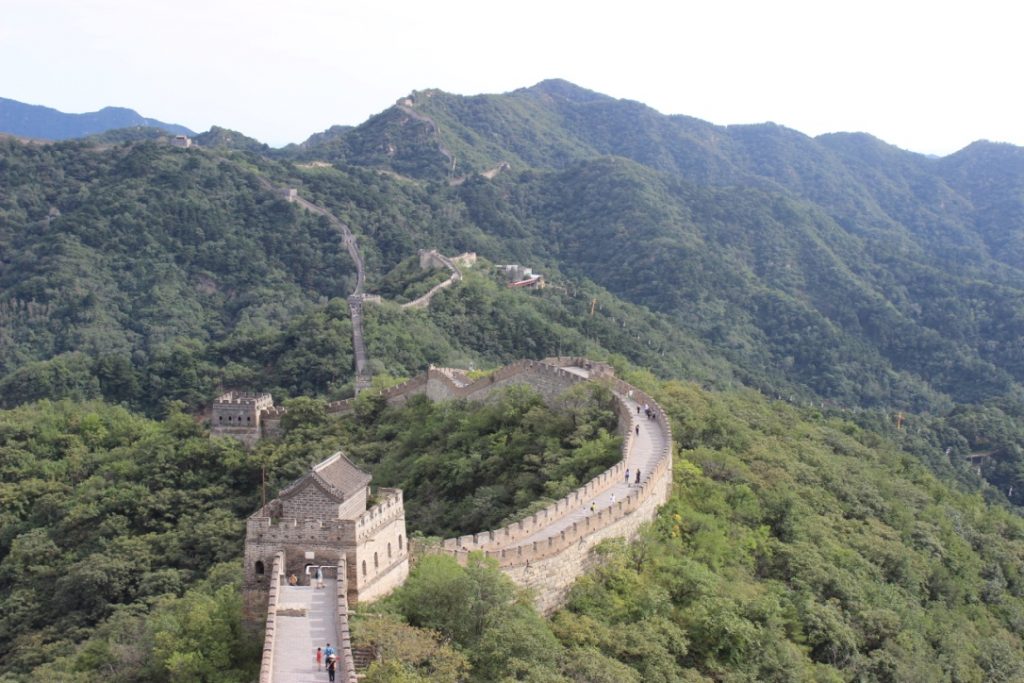 After the Great Wall and a shower, I again met up with Jeff and his friends for dinner and drinks in the Hutong (I’d been told I wasn’t allowed to leave Beijing without experiencing Hutongs). Interesting place! We all had a fun night out exploring the Beijing bar scene.

On Sunday, I headed to Tiananmen Square and the Forbidden City to do some obligatory sight seeing, and then finished the day shopping in the Pearl Market for awesome deals with Jeff. He showed me were the fake Lululemon vendor was (ssshhhhhhhh) and I got a couple of great new things for dirt cheap 😃 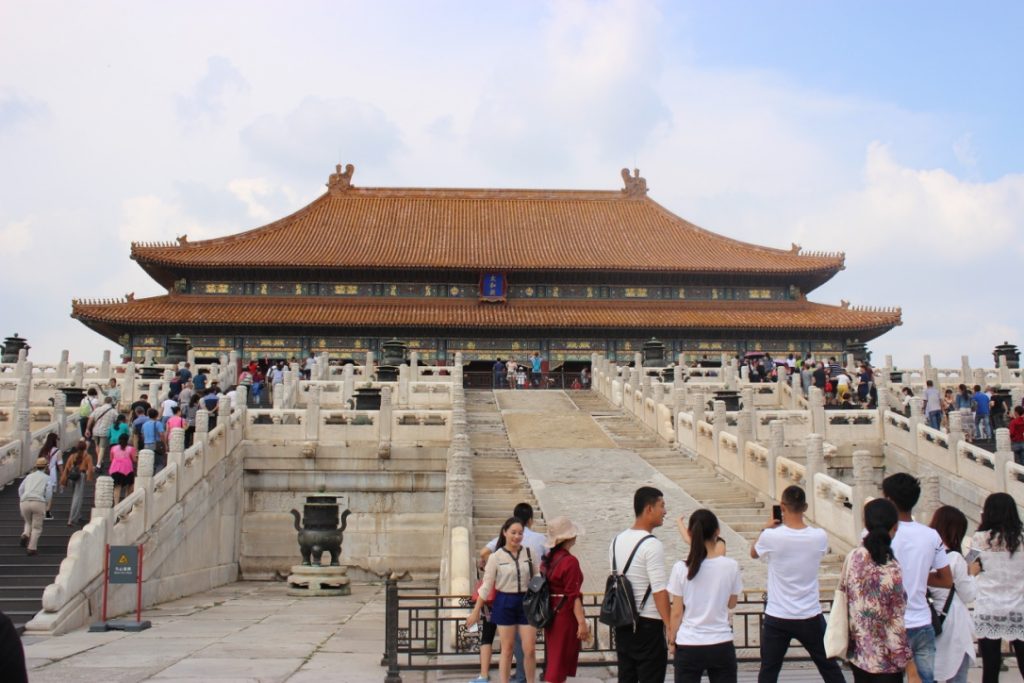 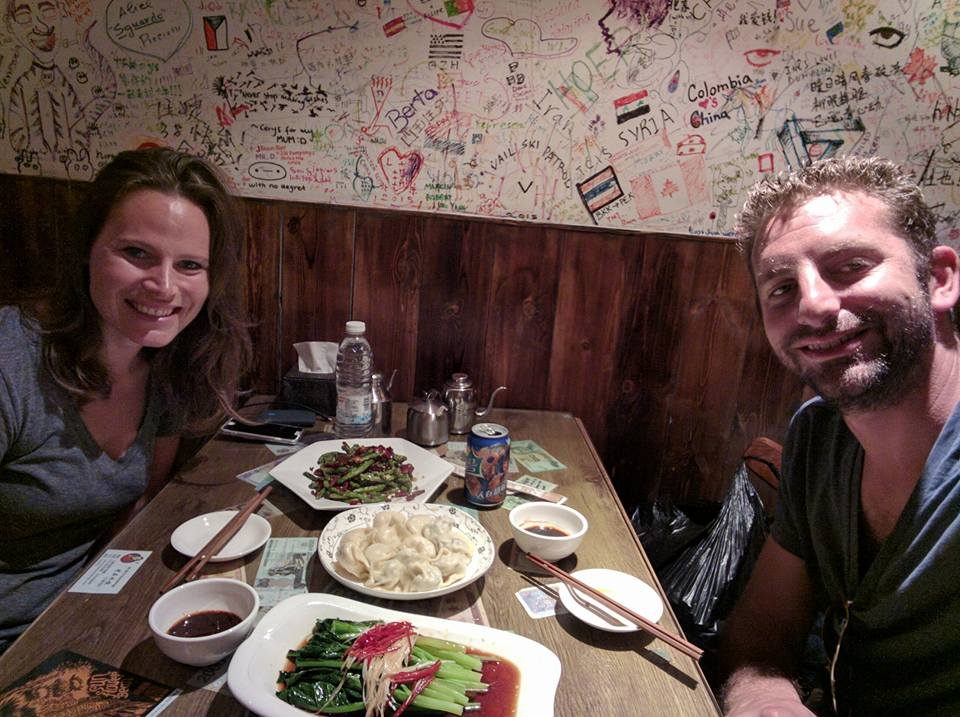 Jeff and me at dumpling dinner in Beijing

Monday and Tuesday were a whirlwind of conferences in Beijing and then Shanghai, and then in was off to Hong Kong for the last 2 working days of this epic Asia journey. Unfortunately I didn’t see much of Hong Kong outside of the hotel and conference rooms, as those two days were filled with client meetings and a conference, so I’ll have to get back to HK another time to report how it is.

And then 2.5 months of work in Asia was done! On the one hand, it seemed very long. I’d been away from friends and family a long time, and missed home dearly. But on the other hand, it flew by, and it’s hard to believe I went to all those place, met so many people, participated in so many meetings and conferences, and hopefully had a small impact on the market while there.

It wasn’t quite time to go home yet, however, as I still had 2 weeks of vacation in Palau and the Philippines to finish off this epic 3.5 month adventure. Stay tuned for more!

Next Article2016 Travel By The Numbers